Live sculpture with a man and a guitar, and improvisation from exhibition blurbs.
Dimensions and durations event-specific, 2012

Man with guitar is a project involving a man with a guitar singing for himself in an exhibition setting. The man is making up some rhymes, improvising a song about what’s directly around him in a way that is reminiscent both of a troubadour and/or of a sideshow character from a western film scene.
He is under instructions not to turn the action into a performance, he scribbles and sings quietly to himself if an audience gathers around him, and sings out loud to grab some attention when he is being ignored.
A different man plays at each occasion, bringing in their own tone and perspective on the exhibition. However, all are tied to the same recurring tune and melody which remains the same at every event.
The men with a guitar were all given artists’ proposals, exhibition project outlines, press releases and other written material about the exhibition where the piece is staged/displayed. They are free to let their mind wander, bring their own associations and make ironic comments on what they see, switching from the written to the “oral”, impersonating the lone inner voice of the visitor while making sense of what they are experiencing and digesting the blurbs they have been fed.

With thanks to Bastien Rousseau, Antonio Albanello, Marco Nicolas Heinzen and Dominique Jann. 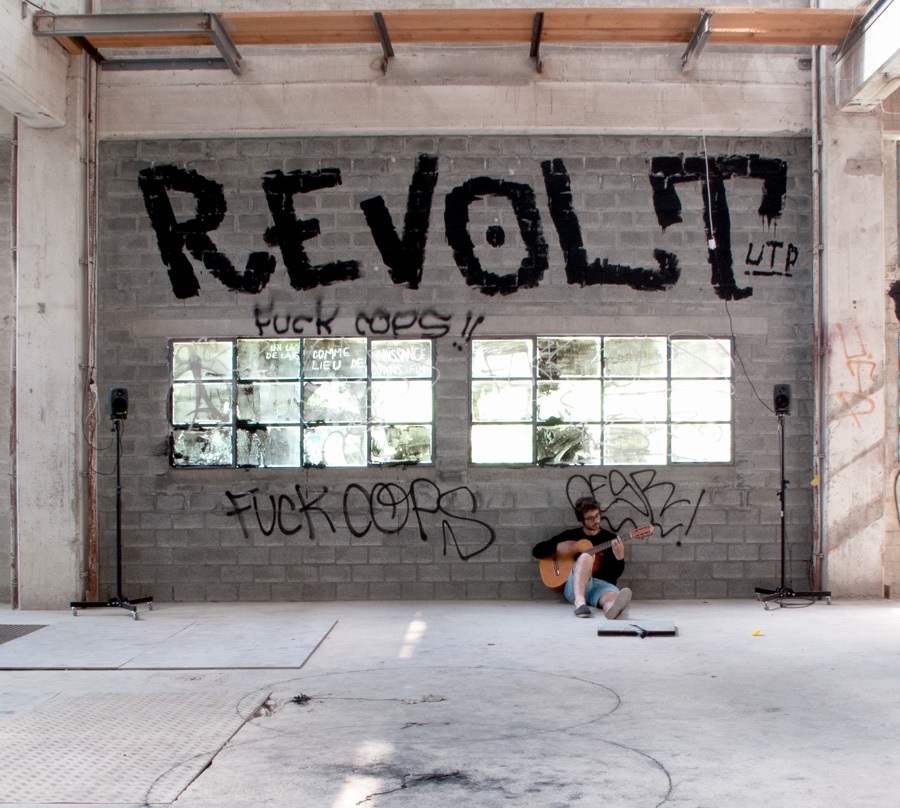 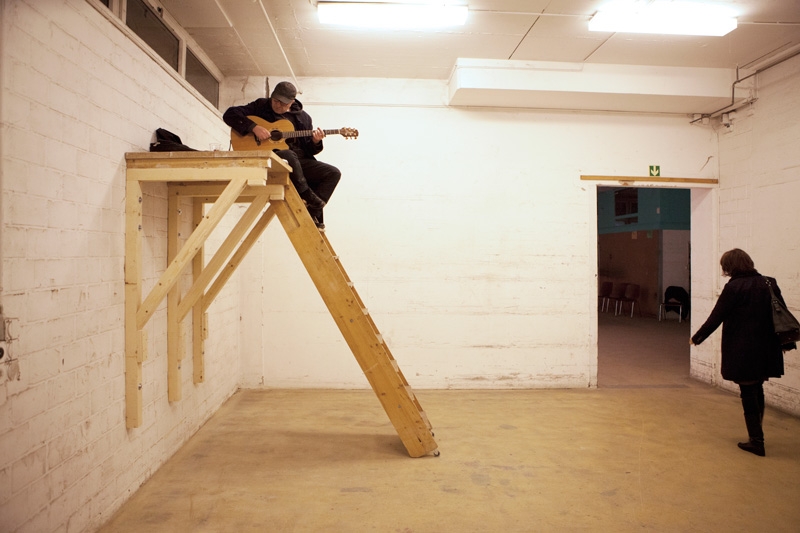 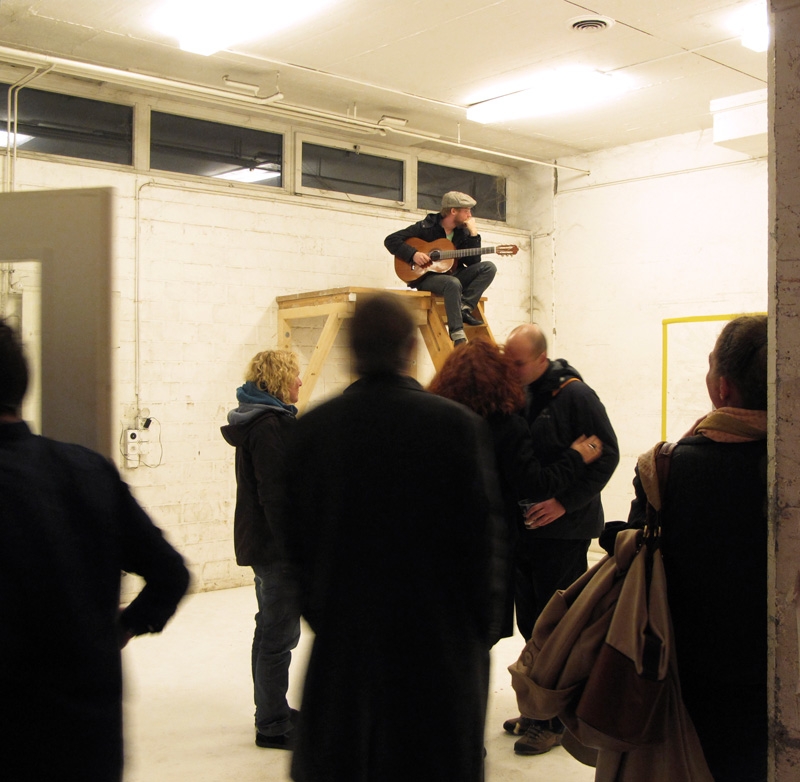 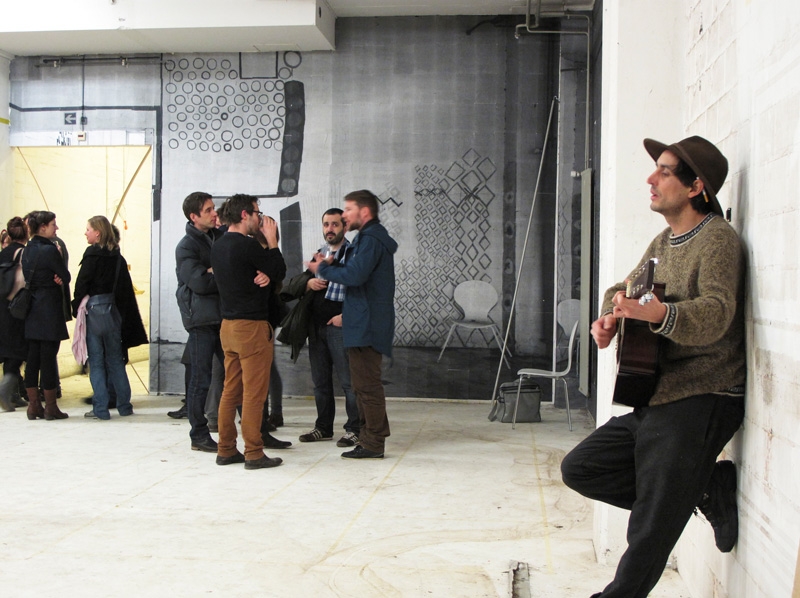 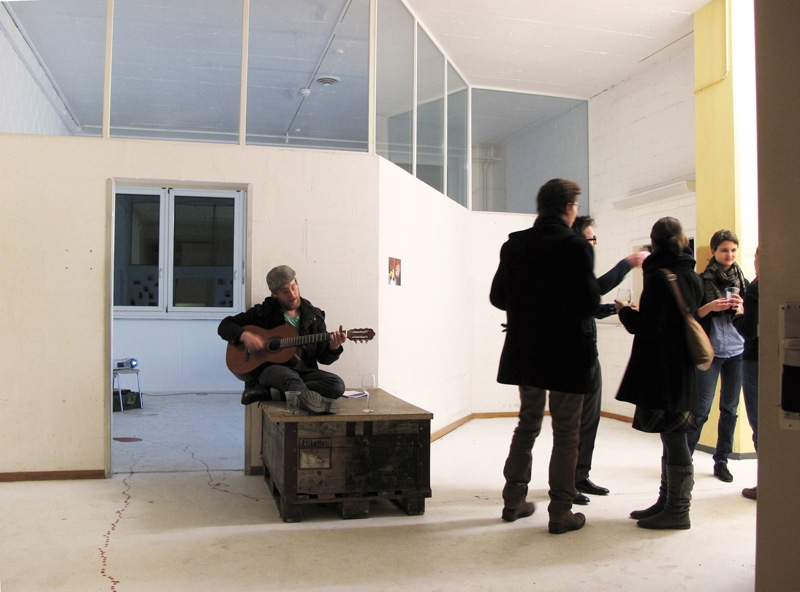