Toddler with a trumpet (piece for a group show)

It was at a dinner among adults to which a couple had brought their
little girl along. As the adults settled in the living-room, started
drinking and discussing, the little girl came in, beaming. She had in
her hand a trumpet – a real one! – she had discovered while exploring
the appartment. Her face radiated joy, overflowing with an excitement
itself surprised by its own intensity. “I found a TRUMPET!!!”.

At that moment, the look on the adults’ faces read as a collective
gasp of alarm, startled grimaces before a sudden and unanticipated
threat to the peace and civility of their evening. Then the disapproval
started: “Oh, No no no no no no no”, “It’s not a toy”, “It’s too late to play
anyway”...etc. More than disappointed, the little girl looked confused
as to how and why the reaction had been so unequivocal and from
so united a front. The trumpet had merely filled her evening with
new possibilities and promises of fun, and she only seeked to share
these with the adults and to allow them to join her in one gleeful and
joyous clatter. Unconcerted – yet mutually, the adults had crushed the
disruption before it even happened, and re-imposed their order and
sense of propriety to the rest of the evening.

It was this cartoonesque moment–the witnessing of when the
combination of a person as innocent as the little girl and an instrument
as benign and friendly as a trumpet became a horrific prospect, the
worst and most disruptive thing that could befall a polite and agreeable
conversation among adults – which prompted me to record the little
girl playing (with) the trumpet.

What is an artwork to do? Should it join an existing and respectable
conversation – one guarded and maintained by purveyors, appointed
or not, of said respectability? Or should it barge in with clumsy and
yet beautiful disruption, a joyous little parcel of chaos to reshuffle
some obvious lines in the sand? The recording ended up as a work for
a group exhibition; and when placed within the confines of the white
walls in an exhibition space, the notes summonned by Joshua which
brought down the mighty fortress that was Jericho may come to mind.

Amusingly, the work strikes fear for gallery staff and fellow exhibition
alike, at the mere mention of it and before it is even played. The threat
of wanton wreckage seems to radiate from its latent state, inviting once
again the disapproving “no, no, no, no, nos” when still silent.

The recording is strangely far more contemplative than the
cartoonesque recipe for disaster the title suggests (and even though it
is a toddler blowing in the instrument, not Albert Ayler), and sounds
far more like a process, a struggle to produce a sound, grappling with
the very possibility of mediated expression 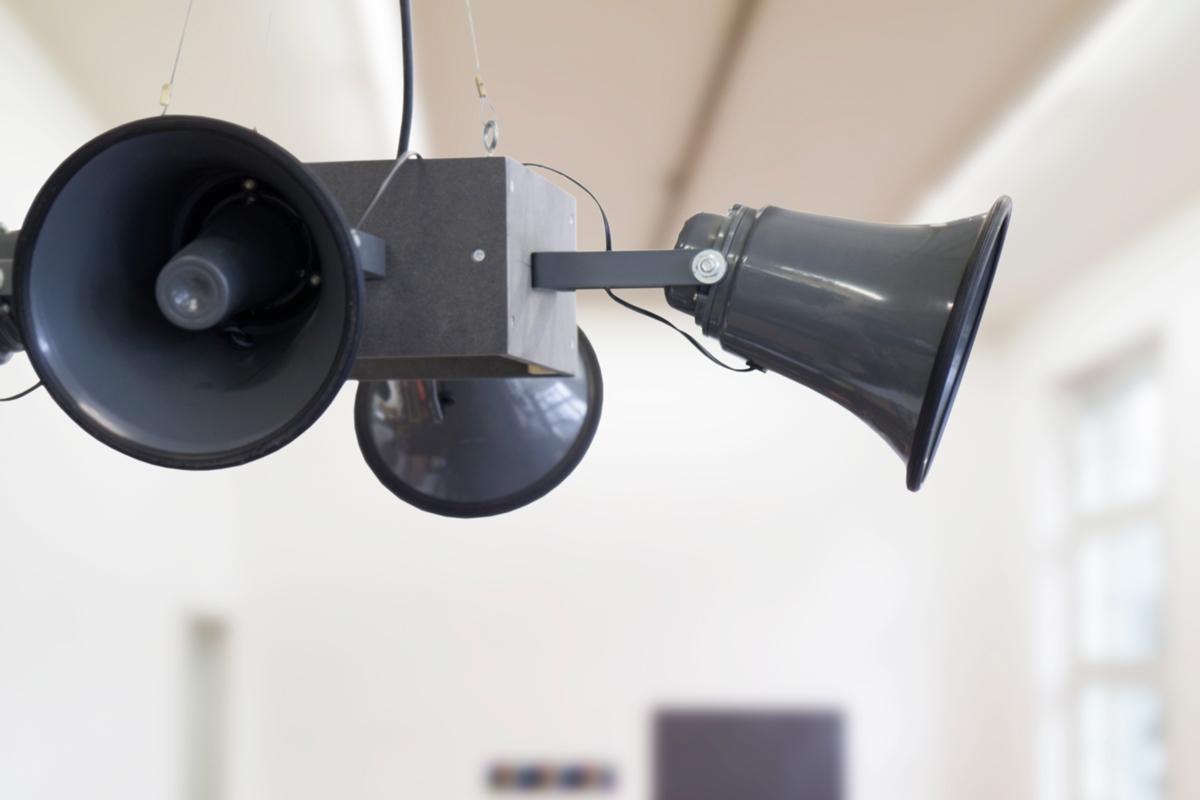