Loosely inspired by Ornette Coleman’s late 50s / early 60 album titles – eg. The Shape of Jazz to come!, The Change of the Century!, Something Else! – which announced and instructed its audience to the groundbreaking, revolutionary content therein. The blueprints are a series of cyanotypes (aka blueprints) made through layering collected review snippets as found on movie posters or book covers. They are compositions, literaly so, albeit assembled from samples of the reception the work sets itself to have.

The size follows the classic film-poster format of 27” x 41”(inches) and I have used the works in installations or in concert with other works – The Blueprints then shun their standalone character and take on the role of framing device, affecting the reading and reception of the other works.

The Blueprint (delightful), 2019
was part of The Thinker Installation, Helmhaus Zurich 2019

The Blueprint (genius), 2015
Part of the exhibition project Fail Again. Fail Better (Jan 2016), with Curator on a Soapbox.

The Blueprint (anger), 2016 and The Blueprint (majestic), 2016
Intended as a pair and both part of the installation Metonymicsyllepsistinglitotallysynedochious at Kunst(zeug)haus, Rapperswil-Jona, 2016. 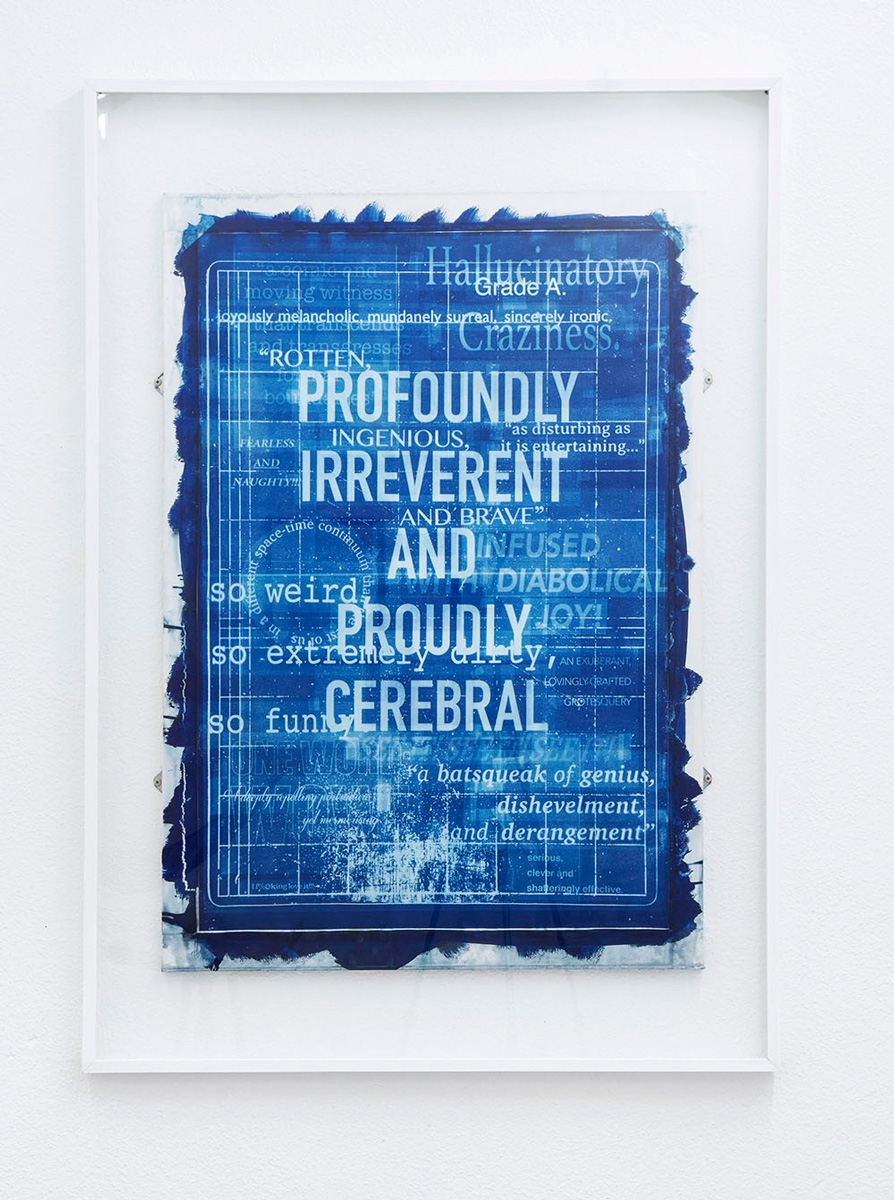 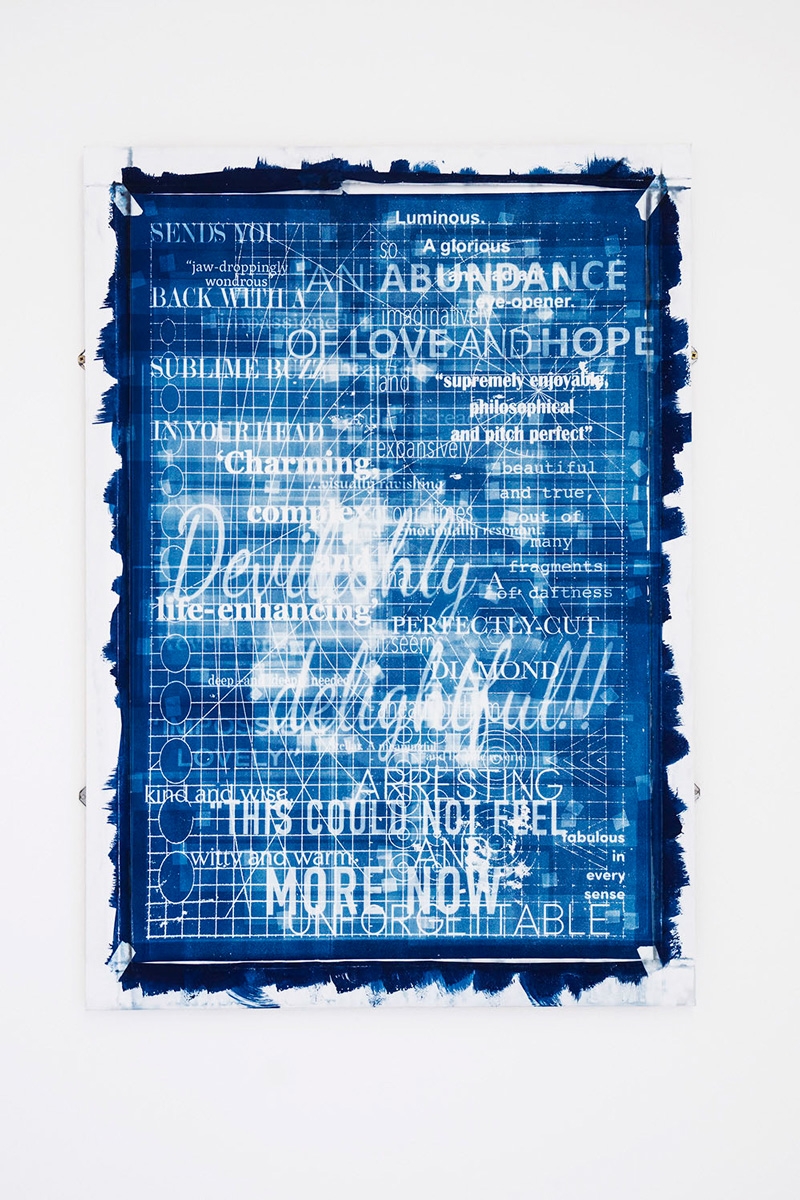 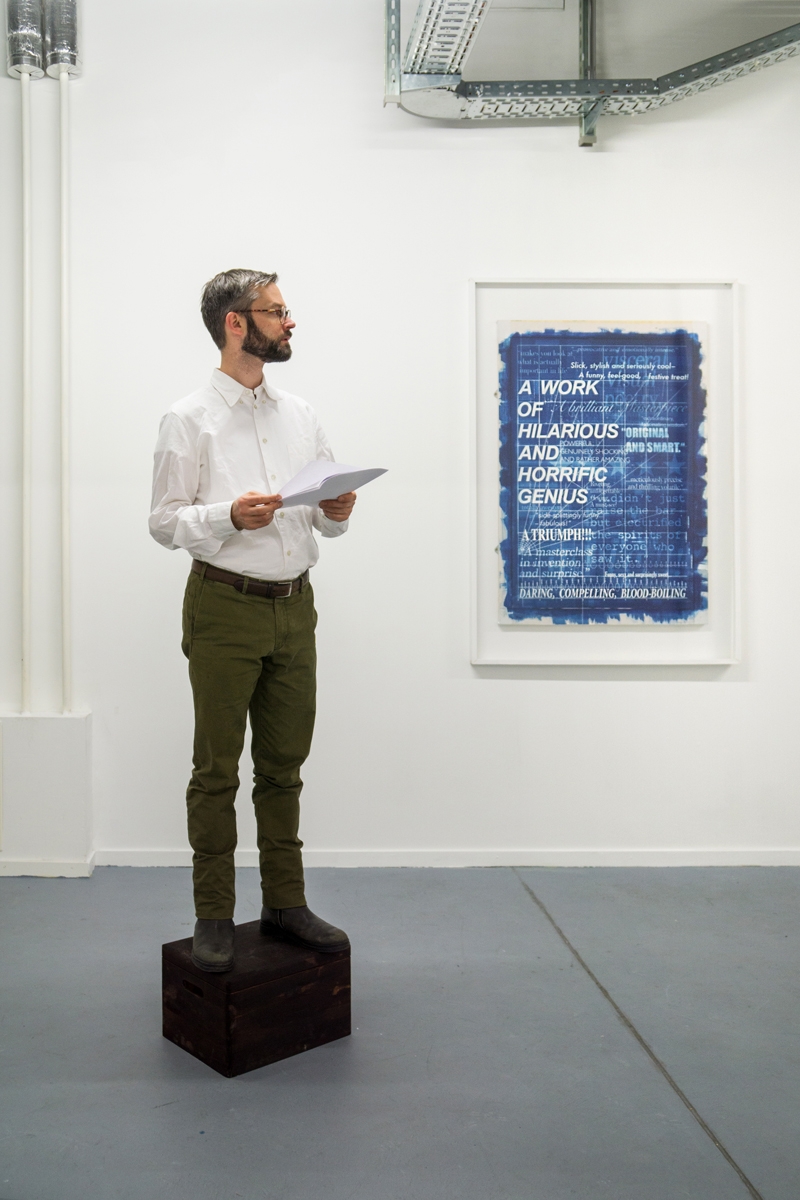 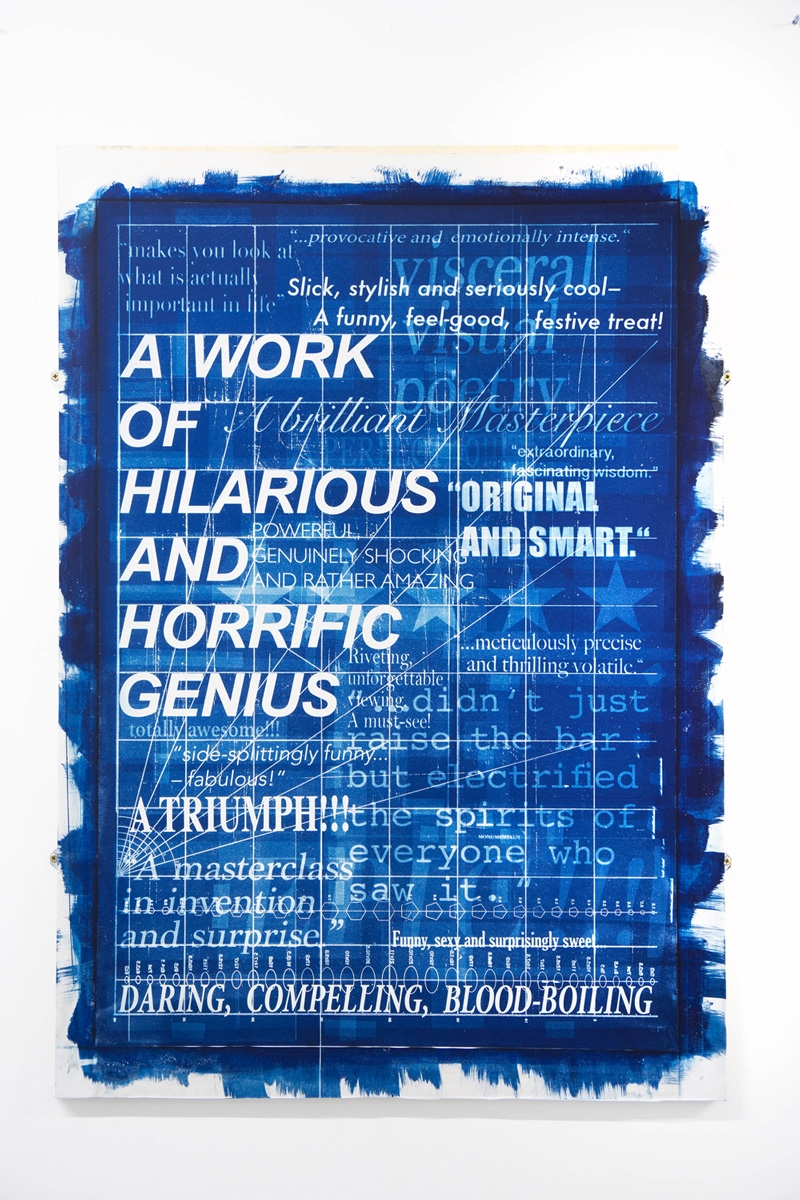