Three reclaimed streetlamps turned into hunting trophies and following an idea that capturing something from the outside world into the gallery space could be equated to the compression from actual white light to its mediated form, the RGB array.
RGB street was shown as an installation at Tart Project Space in Zurich with the work displayed on floating partitions inside the space. It was shown alongside the video work, RGB wavelength.

Video, single channel with stereo sound.
15 mn approx., 2016.
RGB Wavelength is a slow zoom into a capture from a built-in car GPS. The image starts as a literal overview which gradually dissolves into a pixel mosaïc, while the GPS, being tampered with, constantly switches between day and night settings adding a time dimension to what is originally a flat representation.
The soundtrack is an hypnotic drone, combined from the harmonics of a vacuum cleaner and an organ chord, clunkily mimicking the hissing wind on a moving car. 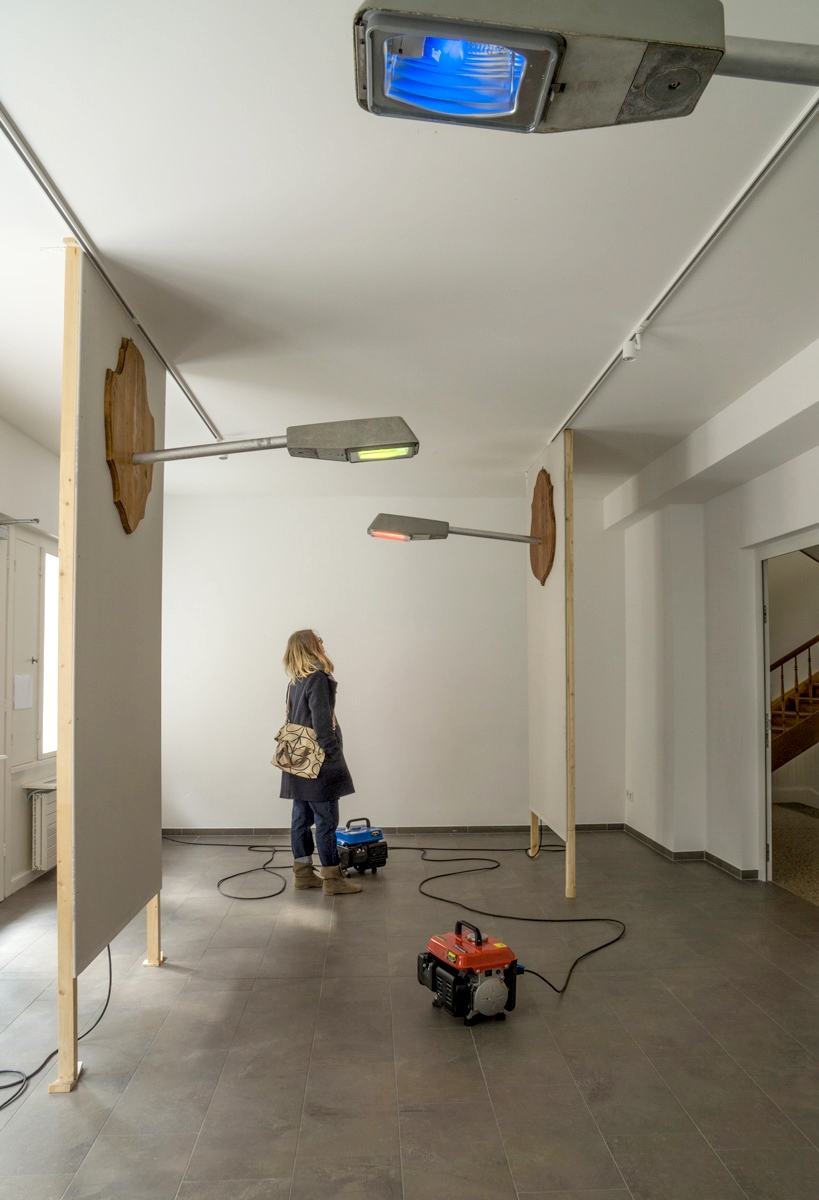 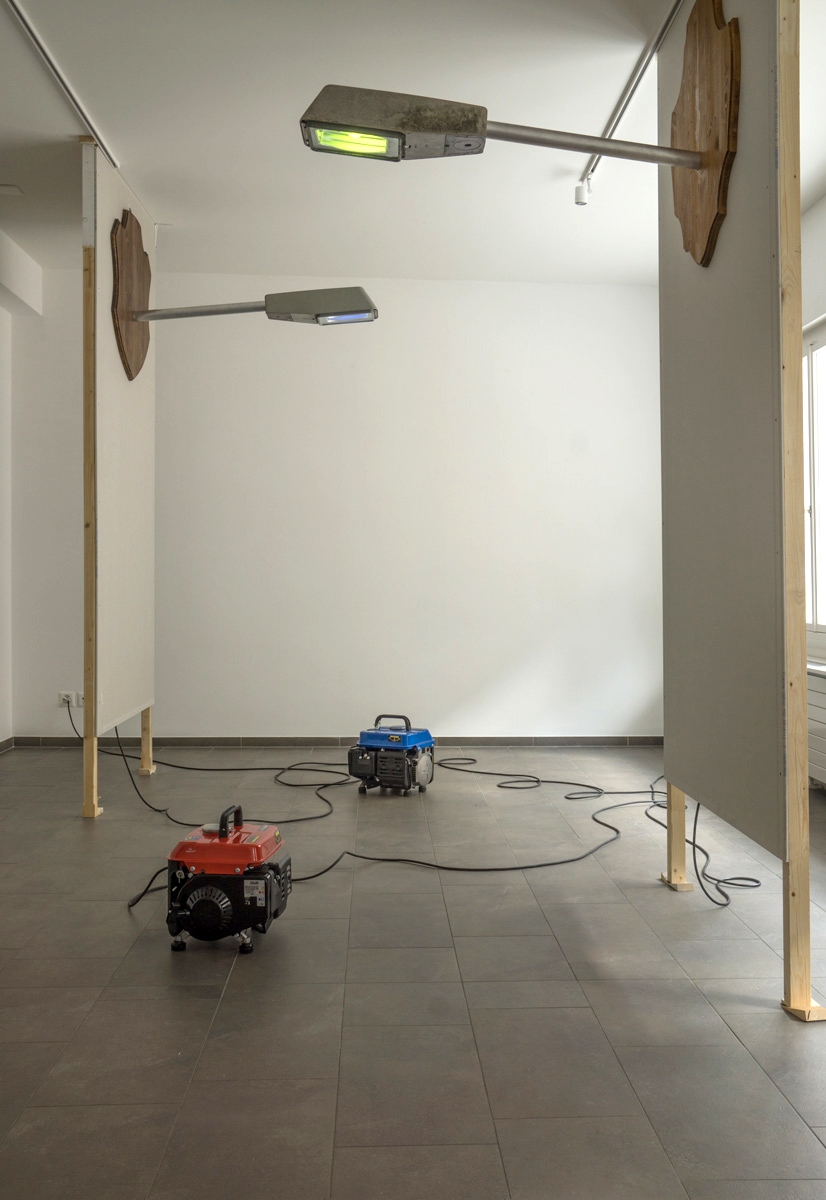 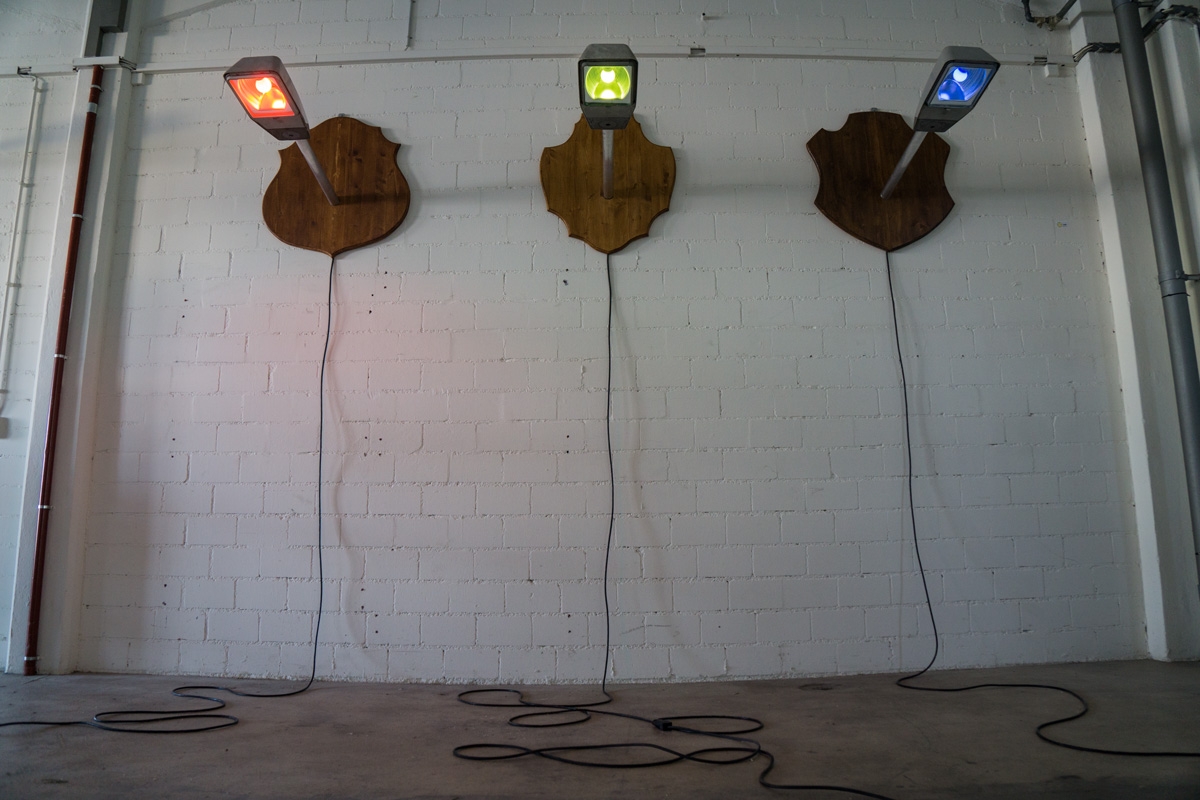 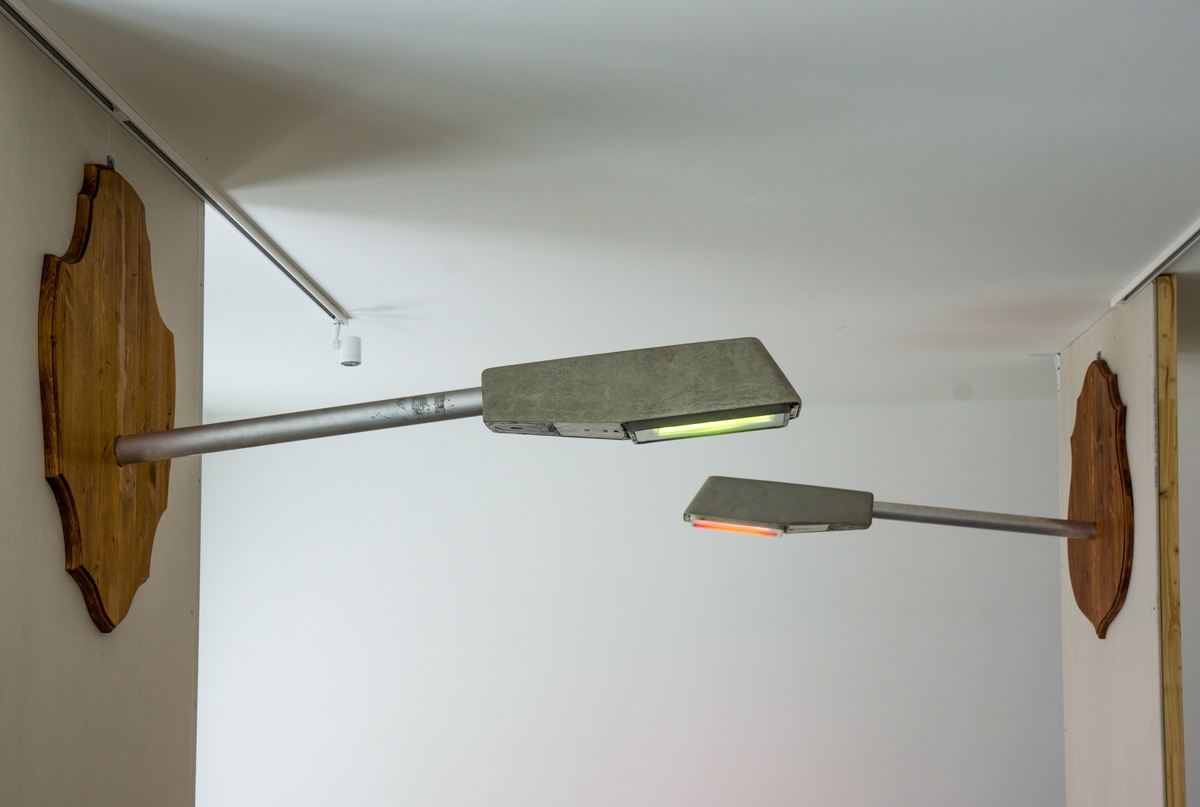 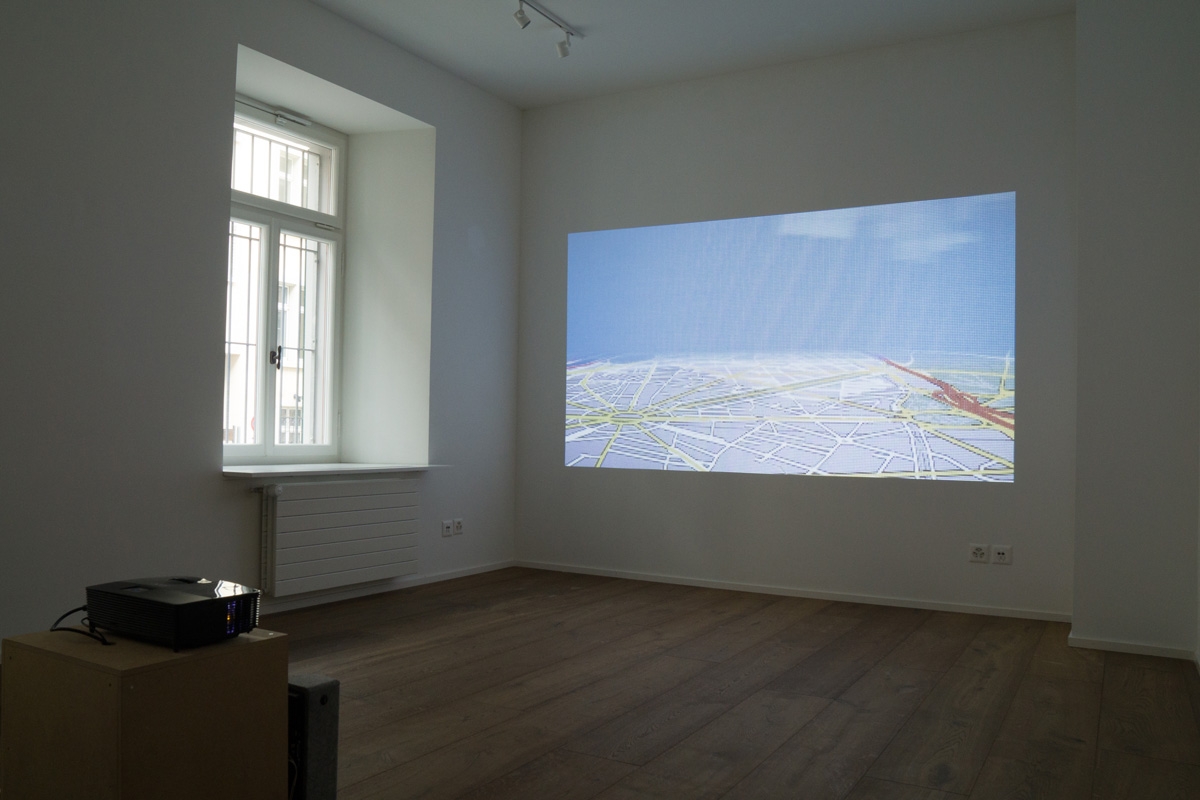 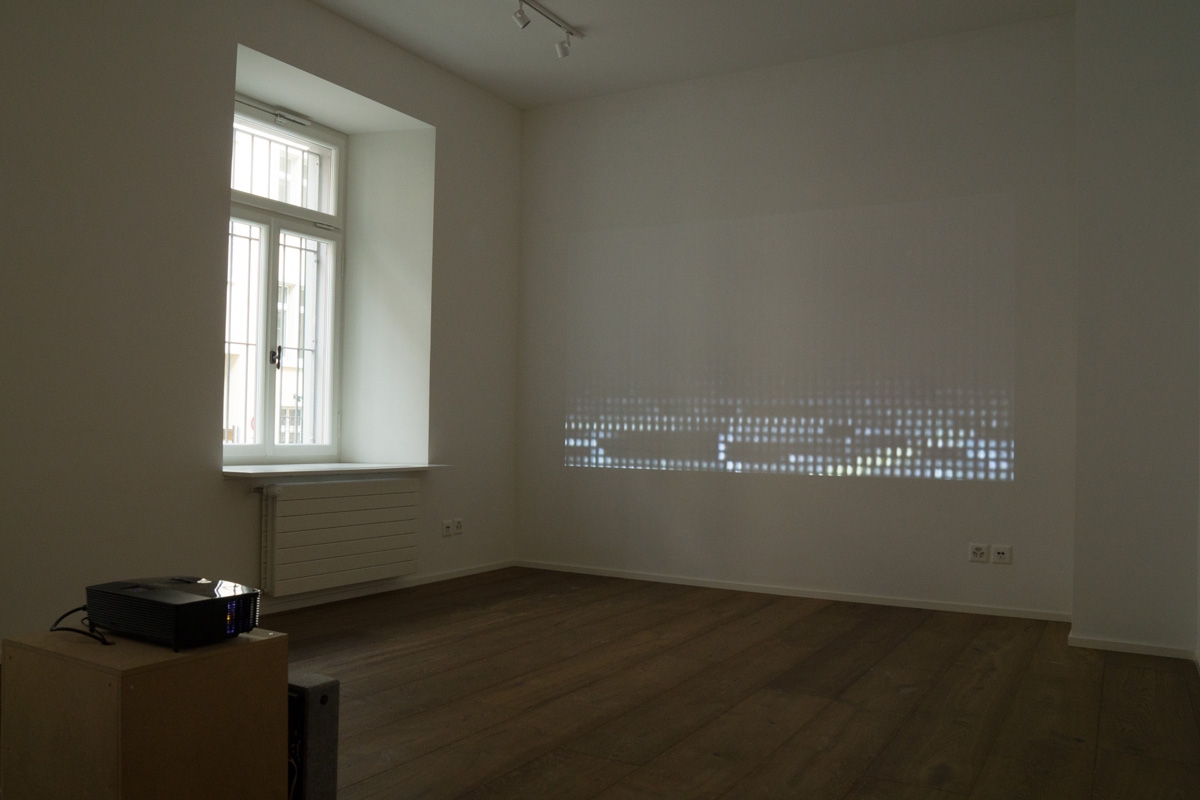 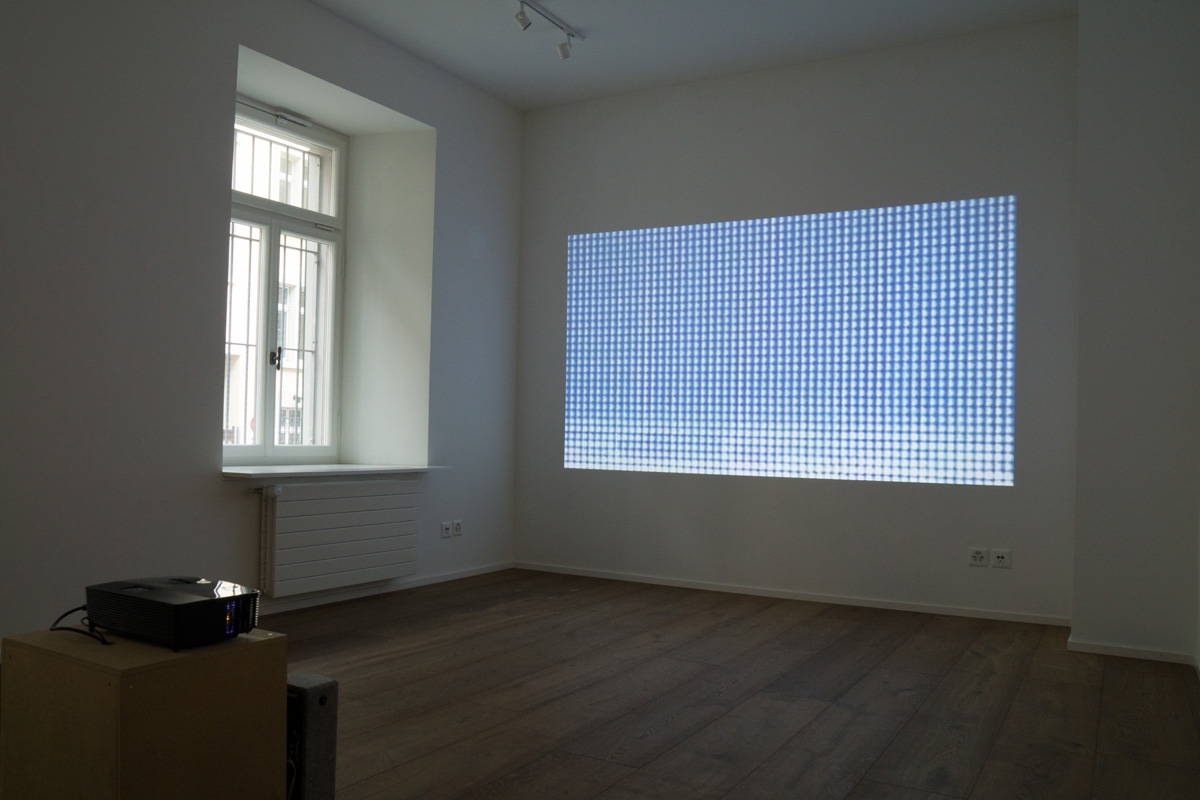